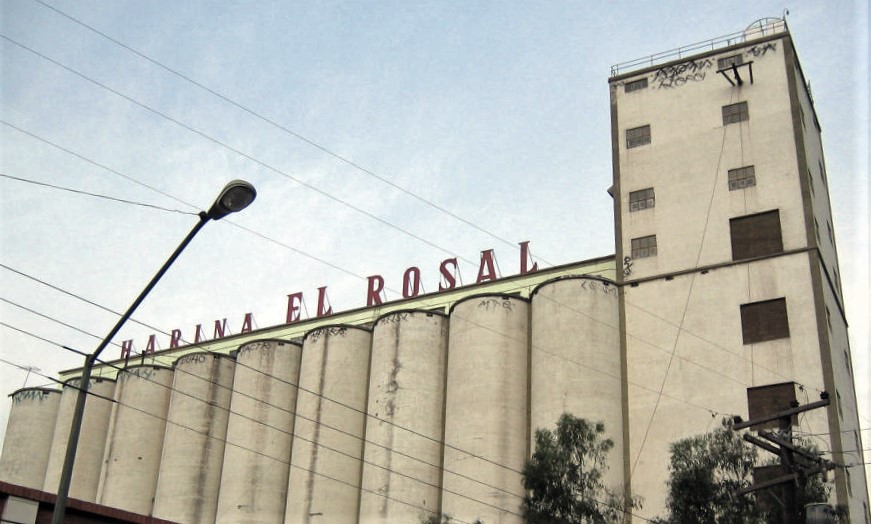 In the next weeks, I will be posting short essays on the theme of infrastructure. Ideas about the nature and impact this concept has on our daily life. I will revisit some historical infrastructures and contemporary versions of them.

Notes on what (and when) is infrastructure

A Lecture, the Classical and the Machine.  In October of 2009, as part of the Post-Industrial Landscape Symposium at Woodbury University in San Diego, architect and critic Peter Martinez-Zellner presented a lecture titled Architecture is not Infrastructure.  Zellner argued that architecture has an aesthetic quality that physical infrastructure does not possess.  The mere utilitarian function of today’s lived space has outmoded functionality.  He reminded us that in the Vitruvian Trinity of firmitatis, utilitatis, venustatis (Vitruvius, 1826), a kind of Hippocratic Oath for architects, Firmness (i.e., structure) is implied and therefore not an essential subject of discussion for architects in the 20th century.  However, in western culture classical architecture influenced the design of buildings for hundreds of years via a platonic theory of objects.   Primarily, infrastructure was consigned to the parts of a larger, sometimes unachievable, ideal form.  Consequently, we can argue that after a couple of centuries, architecture is being redefined aesthetically from a singular object with a defined hierarchy to an intellectual component relevant to the discipline of sensory arts such as painting or music.  A post-Kantian attitude where “beauty” in architecture is non-dependent on solely function and form (Guyer, 2011).

According to anthropologist Ashley Carse, in its fundamental definition infrastructure is a mere “collective term for the subordinate parts of an undertaking”. During the post-war era infrastructure became an abstract concept beyond engineering (Carse 2017).  Similarly, the term Architecture is going through a re-assembling and recoding. Nowadays additional forms of architecture(s) such as data architecture, software architecture, architectural engineering are part of the technology lexis.  Another argument would entail the possibility of architecture and its influence in the world through material effects (new contemporary forms of inhabiting the earth) and conceptual world making (speculative views of the world). Architecture’s ontological foundation operates in disciplines that produce material effects in the world, such as landscape architecture, interior architecture, etc. Infrastructure and Architecture not only coincide in the attempt to redefine their agency in the pursuit of world-making, but they both also have a stake in the spatial sphere. “Infrastructures are built networks that facilitate the flow of goods, people, or ideas and allow for their exchange over space” (Larkin, 2013).

During the end of the 19th and beginning of the 20th century, the modernist architectural movement advocated a disruption from social and economic monarch power and idealized the birth of a modern, independent universal subject.   Machines such as those used for the world’s industrialization and transportation infrastructures (boats, planes, autos, and trains) were ideal metaphors for architecture since their functionality and esthetic come together harmoniously.     The Swiss architect Le Corbusier, who promoted the Machine for Living aesthetic as a functional and formal style, imagined that functionalism and rationalism would produce urban environments that could embrace new concepts of democracy and homogeneity (Corbusier, 1982).  Since then, the valorization of efficiency and development via industrial technology influenced theories in architectural pedagogy.

A few decades before Le Corbusier, the Austrian architect Adolf Loos declared war on building ornamentation and classical architecture.  He advocated for the stripping away of symbols of hierarchy, class, and power in public and private buildings and proclaimed ornament as a ‘crime’ (Adolf & Adolf, 1998).  These new theoretical underpinnings facilitated infrastructure to emerge from behind the scenes.  During this period, agricultural infrastructure such as grain silos, barns, and other industrial structures inspired new imagery for future architecture in the USA.  These structures, even in decay, were viewed as a form of optimism in the same way Roman aqueducts were during the neo-classical period (Cymene, 2016).

Latin America’s Infrastructural Redux.  During the modernization of Latin America in the middle of the 20th century, many large cities searched for alternative and contemporary models of urbanization beyond the principles of colonial planning.  Countries explored urban concepts that emphasized public health infrastructure rather than aesthetic representation (Almandoz, 2009).  Spanish city planner Ildefonso Cerda coined the term urbanism in his Teoria General de la Urbanizacion published in 1867 to differentiate city-design and aesthetics from more technical aspects of city-making (administrative, infrastructural, and socio-political) that conforms to the contemporary city (Soria Y Puig, 1995).  In Latin America, cities such as Buenos Aires, Santiago, Mexico City had regained control over their natural resources after centuries of colonial rule and planning patterns based on The Law of the Indies.  These new republican cities believed in modernism’s anti-aesthetic and large infrastructural projects as a path to their modernization.  However, during this era of modernity and technological development in city-making, most decisions were left to the state apparatus, which promoted international views on development strategies—specifically those from the USA towards Latin America (Escobar, 1995).

In contemporary architectural philosophy, infrastructure shows up in speculative theories. In all its characterizations, infrastructure is a significant part of our conception of the world.  In the work of philosopher Benjamin Bratton, the world is composed of stacks that include our physical and spatial reality and numerous digital infrastructures that project image/system realities.  The Stack is a political design theory at a planetary scale (Bratton, 2016).  Infrastructure has a role beyond the material; it is part of a gauzy geopolitical architecture. Like Bratton, the work of Jean Baudrillard and Paul Virilio has had a profound impact on the way we conceptualize the ‘structures’ of the world through their potentials and perils.  Virilio is known for the comment, “When you invent the ship, you also invent the shipwreck; when you invent the plane, you also invent the plane crash; and when you invent electricity, you invent electrocution…Every technology carries its negativity, which is invented simultaneously as technical progress” (Virilio, 1999).

In the era of the Anthropocene, various ways of relating to infrastructure have emerged, especially those dealing with non-human living organisms or actants, as Latour calls them, that modify or produce action in an assemblage.  Infrastructure has become relevant for the development and survival of life on the planet within our time frame and beyond.  Our infrastructures are becoming social, biological, and digital.  It is a thing and a relationship (Cymene, 2016).

For clarity (at least my own), in this short essay, I have intended to follow the transformation of the term “infrastructure” along with theoretical positions in urbanism and architecture. Initially, I argued that infrastructure in architecture was related to ‘structure’ via classical architecture.  All things should be designed and built conforming to a divine set of principles.  These principles are later replaced by theories of aesthetic perception rather than formal rules.  At the onset of the 20th century, the industrial revolution and new modes of political sovereignties around the globe give infrastructure an essential role in rebuilding cities and society.  Our current view of the built world(s) is now studied through an epistemological approach that includes a redefinition and re-conceptualization of infrastructure’s role.

Guyer, P. (2011). Kant and the Philosophy of Architecture. The Journal of Aesthetics and Art Criticism, 7-19.